Chief Instructor, Sensei Paul Wood is a 5th Dan black belt in Karate, a purple belt in Brazilian Jiu-Jitsu and a Black belt in Filipino martial arts. Sensei Paul began his martial arts training in karate back in 1988 and enjoyed a successful time competing for a number of years. Teaching fell in to Sensei Paul’s hands at an early age and with this he slowly began to filter away from competing himself to concentrate his time on producing champions instead. In 2004 he formed the Oxford Sport & Traditional Martial Arts (OSTMA) school that has now become the largest martial arts school in Oxfordshire and now stretches in to the surrounding counties of Northamptonshire and Buckinghamshire too. The club now has 14 full time instructors and over 2500 students. As a coach Sensei Paul has produced many National, International, Junior World Cup and British Champions as well as placing students on the World Karate Federation National Karate Teams. Sensei Paul has had the chance to train with many top name instructors of the martial arts including Ian Cuthbert, Rob King, Tatsui Suzuki, Geoff Thompson, Peter Consterdine, Glenn Stevens, Christophe Pinna, Krishna Godhania, Neil Mcleod, Kevin Capel & Roger Gracie to name but a few. Becoming a father of 2 daughters helped Sensei Paul push himself harder than ever to strive for goals and gave him a deeper insight to child learning and development which in turn continues to drive the club forwards! 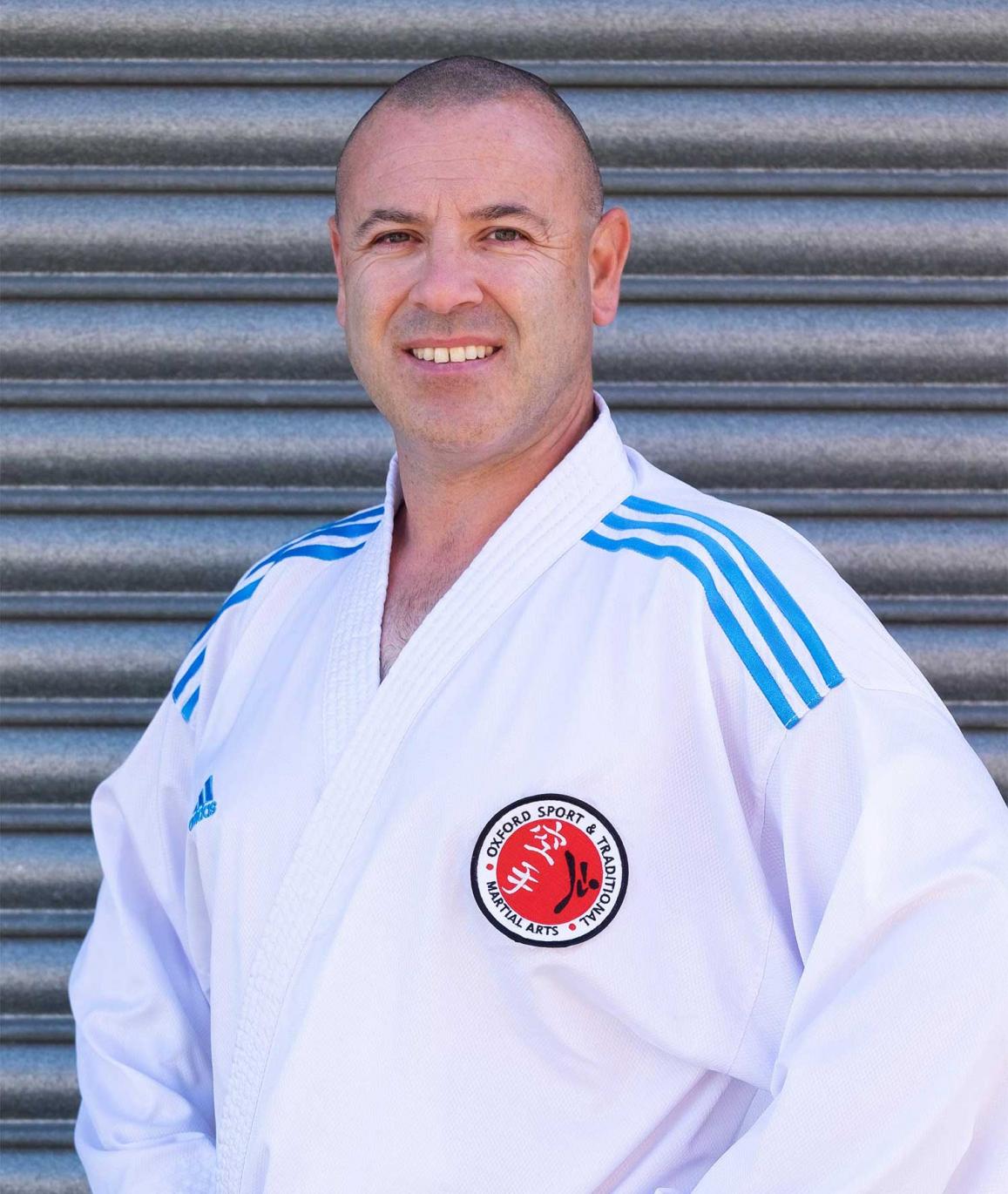 What people say about sensei Paul

My daughter has trained with OSTMA for almost 10 years under the guidance of Sensei Paul who has a wealth of experience & knowledge & is always enthusiastic about sharing it. She, along with all the students, are encouraged to achieve what ever level is right for them, whether it be karate for fitness or to compete to the highest level and anything in between.

My daughter has had the opportunity to compete nationally & internationally as well as at club events, win or learn, all have been amazing opportunities. Karate is an individual sport but being a part of the OSTMA team at such events leads to amazing support from the rest of the team, the parents & the instructors.

I can honestly say, as a parent, I have made some true friends through OSTMA - a very happy side effect.

My son has been a member of OSTMA for 7 years now and I can wholeheartedly recommend Sensei Paul Wood and the entire OSTMA team. The classes provided are excellent, high level, super fun and always extremely reliable.

Having initially looked around many martial arts clubs in the area, Sensei Paul and the OSTMA team set standards others could not compete with. Their energy and coaching skills with the students are first class. The whole club has a fantastic method for teaching and bring the best out of everyone through their patience and enthusiasm. Being part of OSTMA is the best decision i have made. Seeing my shy, unconfident child become the person he is today is without question down to Sensei Paul and the OSTMA team