Phil patrick was 9 years old when he started his martial arts journey, he joined his local community centre karate club and never looked back. Phil went on to assist regularly in classes as a teenager and enjoyed being part of the association competition squad having competed as a junior at national level competitions for a few years before he begun to eventually medal.Phil gained his karate black belt at the age of 16 and continued to teach and compete as a senior competitor regularly selecting for place on the national team and taking his competition experience to international levels competing in Check Republic, Sweden, America, Ireland, Italy, Cyprus, hungry, Serbia, Romania, Ukraine, Portugal, Slovenia, Brazil and the list goes on. As a senior competitor phil began teaching full time and was even coaching junior students to national and international medals as well as continuing to achieve on the mats himself, with a bronze at the European WUKF championships in 2012 in Scotland, bronze from the world IKU championships in Brazil 2014 and was a part of the men’s team taking silver at the EKF national championships 2019.Phil’s desire to learn and test himself and his ability’s found him perusing a short carrier in Mma (mixed martial arts) throughout his 20’s and early 30’s. phil was the uk amateur cage league champion in 2012 and competed at semi-professional level with a record of 3-1 and now also coaches a handful students at amateur Mma events. Shortly after beginning training in MMA phil started learning Brazilian jiu-jitsu to assists with the ground fighting aspect of mixed martial arts and to further his martial knowledge.Once phil started BJJ he instantly fell in love with grappling and began competing in Brazilian jui-jitsu competitions a few times each year to, phil meddled at the British BJJ championships at white belt in 2010, blue belt in 2012 and purple belt in 2017 and after 16 years of training recently received his black belt in Brazilian Jiu-jitsu from BJJ professor Kevin Capel from the roger Gracie academy in July 2019.Phil still continues to train in BJJ, now teaches a few BJJ sessions each week and has also coached both junior and adult students to national level success.Phil also has an honorary contract within the NHS teaching children weekly at the Nuffield Orthopaedic Hospital working within the children’s rehabilitation service. He works with children who suffer from various pain conditions, he shows patients that movement can be fun and beneficial to help them enjoy physical activity at the start of their rehabilitation.Phil has now been teaching full time for 20 years, teaches 18 karate classes a week, 2 adult BJJ classes, 1 children’s BJJ session, a beginner Mixed martial arts program and several sessions within schools across Oxfordshire. 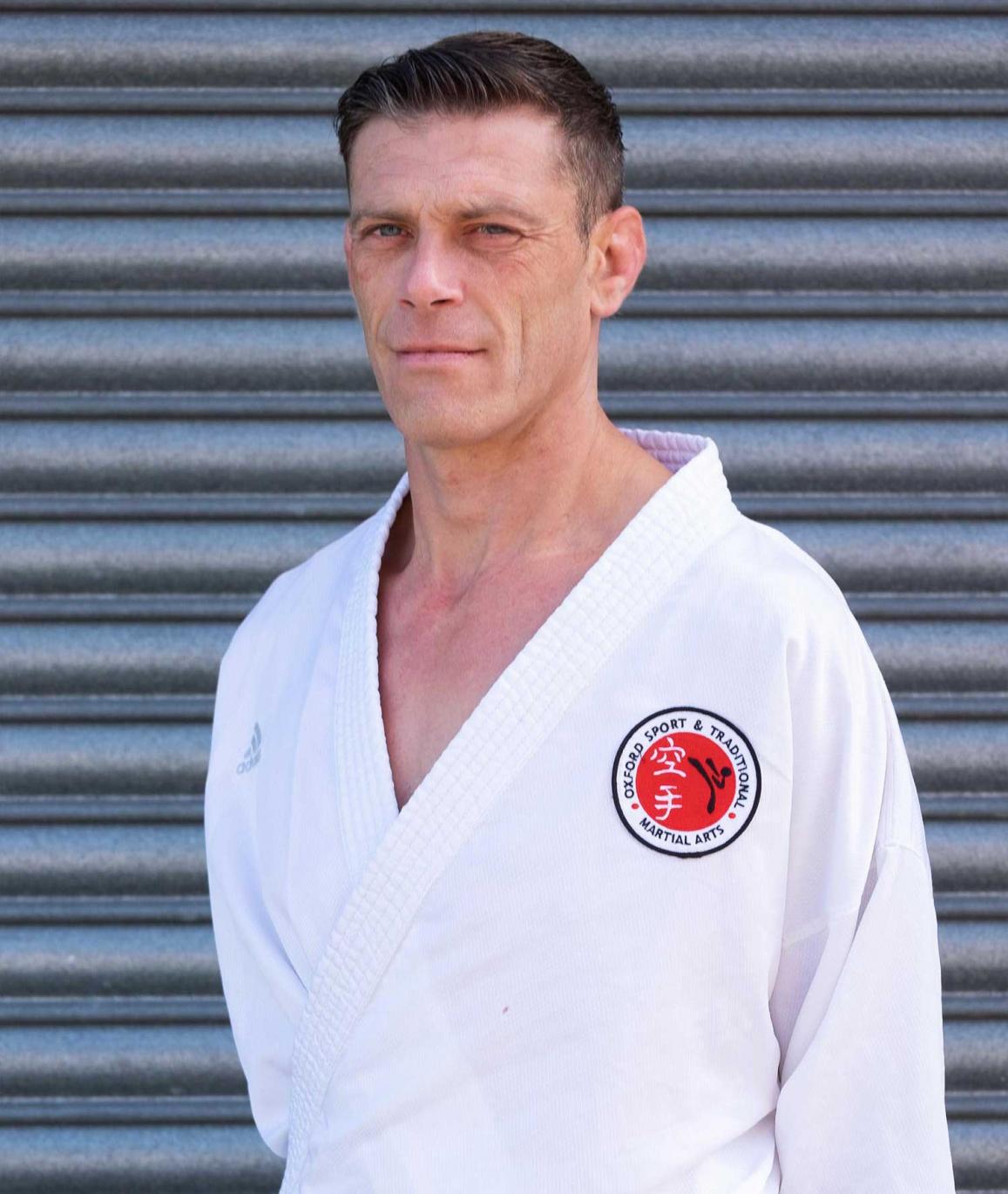 What people say about sensei Phil

Phil is a fantastic Instructor, he is 100% about his martial arts and that comes through in his teaching.

Both my children (now adults) achieved Black Belts, and I am sure the discipline installed has helped them towards being the successful young people they are today.

Highly recommend Phil to any parent thinking about signing up their kids to a Martial Arts class.

If you want the best martial arts instructor, with countless proven credentials in Karate MMA and BJJ then get in contact with this man.