Sam Carpenter was just 6 years old when he began his karate journey in 1997 with chief instructor Sensei Paul Wood. Throughout his time training with OSTMA Sam was heavily involved with Karate competition. Competing in many international tournaments in America, Sweden, Italy, Portugal and Ireland. During this time period he was undefeated in junior league tournaments and becoming the English National Champion for his age category. Karate Competition has pushed him beyond what he thought was possible when he started as a young and shy child. It gave him the motivation and determination to become the best all round martial artist possible and sculpted him into the character he is today.After achieving black belt at 13 years old, he was assisting Sensei Paul Wood in the younger classes; leading the stretch, warming up the children and teaching small groups at a time. This would prove to build his confidence even further and provide teaching methods which would later enable him to conduct his own karate classes.After finishing school, Sam went onto gain four A Levels in sport science, which stretches from anatomy to sports sports massage therapy and recovery. He then went into teaching Karate full time and made it his profession.Fast forward to today and Sensei Sam is now teaching 18 classes per week with over 150 students and dedicated to each one. He is still training under Sensei Paul Wood to further develop his knowledge and continue teaching the highest standards of karate. 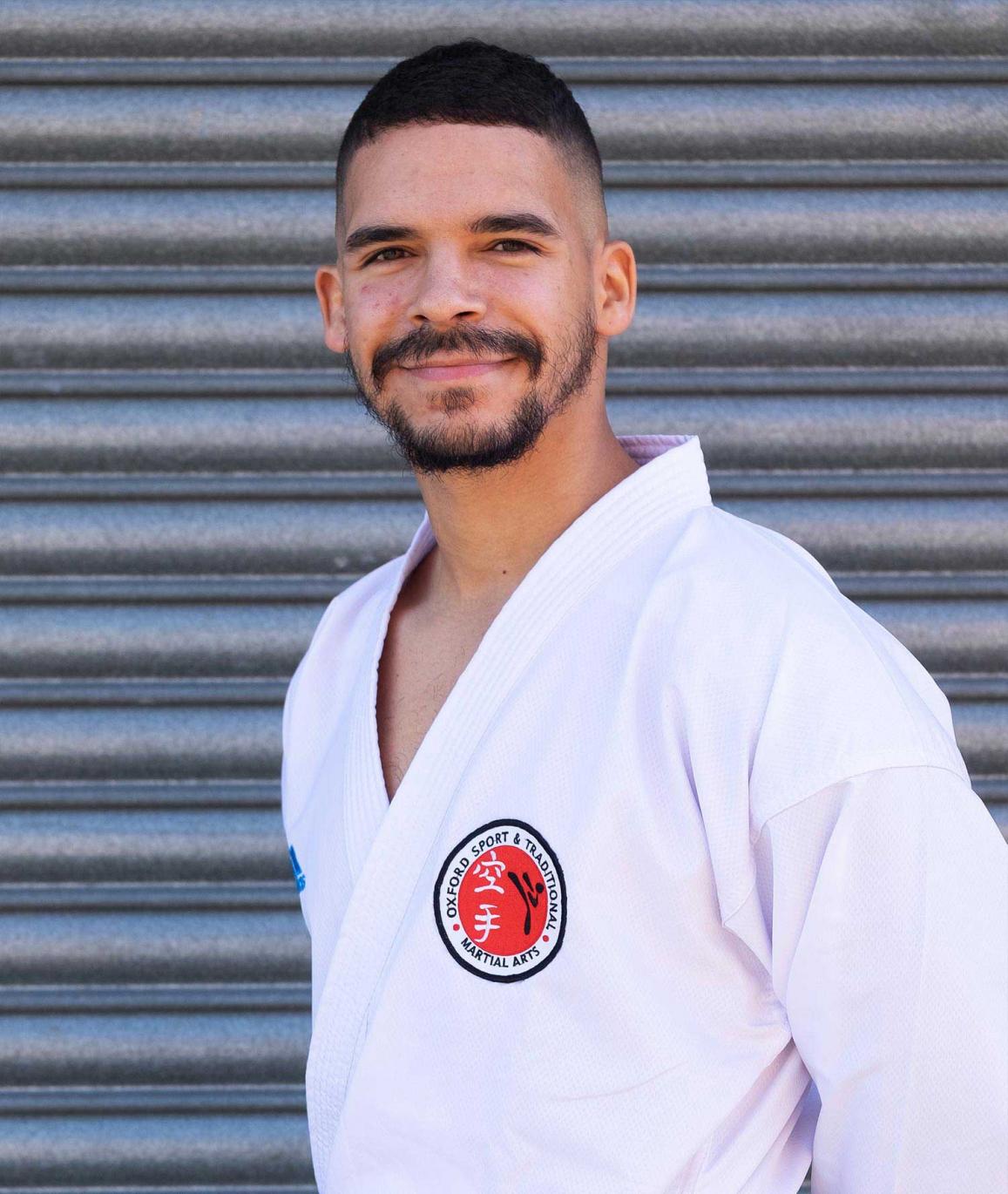 What people say about sensei Sam

I cannot recommend Sensei Sam highly enough. He is just fantastic at managing a group full of children with lots of energy. He keeps them moving and engaged throughout the lesson and can easily manage children with behavioural difficulties. Both my boys love their karate lessons and are trying their best to progress with plenty of encouragement

My daughter felt in love with karate just after one lesson with Sensei Sam. Karate days are now her favourite days of the week. Thank you!’