Sensei Michael is a professional instructor at OSTMA. He began his karate journey with Sensei Lee Willis at the age of eleven and following just five years of training he achieved his black belt at the age of sixteen. Eager to expand his knowledge of the sport he began assisting with classes from the age of thirteen, which rapidly improved his skillset. It was then that he discovered his passion for teaching martial arts which ultimately led to him gaining a Level 3 qualification in Sports Leadership.Over the years, Michael has competed in and won medals in various Karate competitions, including a bronze medal in the Central English International Open.Now, Michael trains three times a week and practices regularly; constantly striving to improve.Michael is renowned for his calm and confident teaching style . Instantly gaining the respect of his students with his friendly, inclusive manner - he is able to guide and inspire them to work hard, train to the best of their abilities and reach their goals 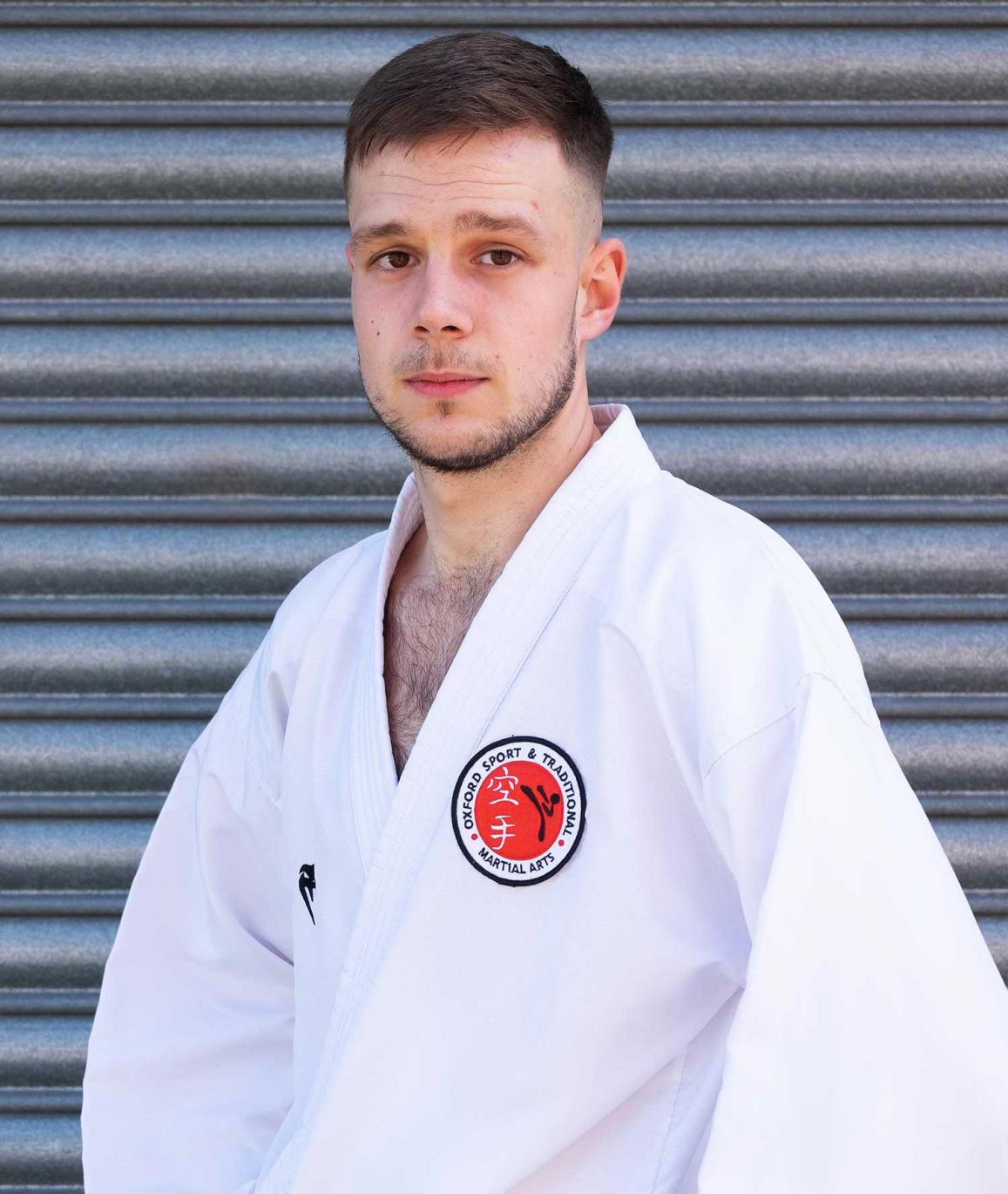 What people say about sensei Michael

Michael is simply fantastic! Made my daughters feel at ease from their very first lesson; it’s been amazing to see their confidence grow and their karate skills develop. They look forward to his lessons and go twice a week in fact! They love his lessons - perfect for beginners and those of higher belts. I also like that parents can watch - you don’t get the chance at many clubs and it’s great to see your little ones improve and enjoy themselves!

Thank you so much Sensei Michael, you are an amazing person, with great teaching abilities and we can all see this. I would highly recommend you to anyone looking to start, whether adults or other mums and dads looking for a super Sensei like you. My daughter is always looking forward to learning, and cannot wait to learn the next level. From the bottom of my heart thank you so much